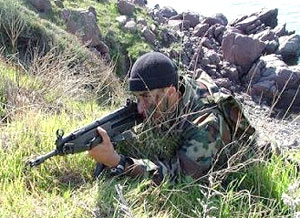 OYANNEWS: Armenian Armed Forces violated ceasefire in the different directions of the frontline 201 times within a day

The enemy was silenced by retaliation fire.