Azerbaijan raises military air force in the sky over Karabakh 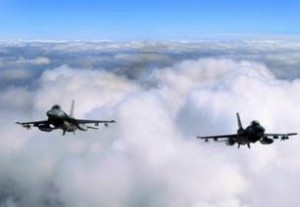 OYANNEWS: Azerbaijani aviation flies over the line of contact amid reports of worsening situation in the frontal zone, coming in the last few days, 1news.az correspondent from the frontal zone has said. Azerbaijan’s defence ministry confirmed the fact saying the flight was planned.

Earlier on Friday, January 24 , the press service of the Ministry informed that the Azerbaijani troops hit a combat vehicle of the enemy during the exchange of fire with the Armenian occupation troops.

The Defense Ministry AR describes the situation on the front line as tense.