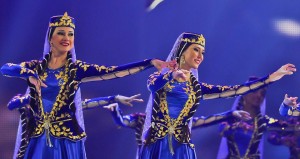 Well known Azerbaijani dances include Uzundere, Vagzali, Terekeme (Nomadic Man), Papaq, Innabi, Ceyrani, Mirzeyi, Cutcu and after places Shaki Zorkhanasi, Nakhchivan or Qazakh Yallisi. The Zorkhana men’s dance brightly symbolizes courage, bravery and youthful enthusiasm. The Qazakh yallisi propagates unanimity, unity and collectiveness. This dance is performed by a group of people and whoever doesn’t dance properly is “fined” by the chieftain who makes him sing a song or dance another dance. Vagzali is played when the bride is seen off from her family house to the house of the bridegroom and her departure is reflected in this dance.

Gangi (martial music) calls all people to unity, friendship and invincibility. Uzundere (literally “a long gauge”) is a kind of a long dance, which traditionally used to be performed when the bride and bridegroom were on the road. The dancer performing the Banovsha (Violet) lives with his feelings, showing how the violet grows from the ground, blooms and fades. Ceyran bala is an old and delicate dance. This dance shows the gazelle’s gracefulness and elegance. It is performed by men and women. Mirzabeyi is traditionally played at wedding parties and performed by men and women with handkerchiefs in their hands. Innabi is the name of a fruit. It is a girl’s dance and performed by one or two girls. The dancers show a woman’s airs and graces as well as coquetry. Terekeme is a dance of a nomadic people. Those who are dancing extend their arms and go forward with their heads up. This dance is filled with the feelings of freedom and expansiveness. Both men and women perform it. Other dances include Nazlana-nazlana (with coquetry), Nalbekilerle regs (a dance with saucers) and Neftchiler sultani (sultan of oilmen) etc.

Traditionally the common part of Azerbaijani dances talks about friendship, invincibility and courage.

The history of folk dances of Azerbaijan is very old. The scenes of dances reflected on Gobustan rock pictures are proof of that. Like in many nations of the world Azerbaijanis also had as first dances the ritual and hunting dances.

Azerbaijani folk dances are very colorful from the viewpoint of themes and these types are – labor, ceremony, household, heroism, sport, chorus game (e.g. “Yallı”, “Halay”) etc. For terms of continuation, richness of the rituals and colorful the marriage ceremony is most important.

Azerbaijani folk dance as a rule consists of 3 parts: the 1st part is speedy, dance on circle; the 2nd part is lyrical, as if the dancer frees on spot (“dances slowly”), the body is sharp and is strong and proud; the 3rd part – again dance on circle, ceremonial and with big emotional ardour. The dances of male and female shaprly differ from each other. The development of female dance is conditioned with costumer: long skirt defined the tender movement of feet, the dance is focused entirely on used technique of upper parts of arm and corpse (shoulder, head, mimics of face etc).The main feature of male dance is technique of feet. The dancer stands quickly on the tiptoe, and goes down ion knees, etc.

The musical volume of Azerbaijani dances is – 6/8 and 3/4. Dances are mainly performed by folk dance people dances: the trio of zournas (2 zourna və sazanda trios), these dances are accompanied by (tar, kamancha) etc.

The history of dancing art of Azerbaijan traces its roots back to ancient times. The first dances were ceremonial and hunting ones. The dances “samani”

“Samani” ritual is dedicated to arrival of spring and revival of nature. It was accompanied by canticles, games and dances.

“Khyndir Ilyas” was intended to summon rain. The word “Khydir” is an embodiment of water. This ritual was observed in early spring.

“Kosa – Kosa” is dedicated to coming of spring. The meaning of ritual game is the struggle of two forces – fierce winter and young spring.

Another ritual is called “Godu” – it was intended for good harvest. It is a cult ceremony of summoning the sun.

These ritual dances have laid the foundation for various national dances which are subdivided into labor (“shepherds”), ceremonial (ritual, wedding), common, military, sport, round, game and others.

Female and male dances greatly differ from each other. The development of female dance has been conditioned by a costume: a long skirt defined the smoothness of legs movement, the entire focus of the dancer is on elaborate movements of hands, arms, shoulders, head, facial expression etc. Male dance is determined by legs movement techniques. The dancer can easily stand on toes, promptly kneel etc.

Examples of Dances in Azerbaijan

-Mirzayi (Azerbaijani: Mirzəyi) is traditionally played at wedding parties and performed by men and women with handkerchiefs in their hands.

-Vagzali (Azerbaijani: Vağzalı) is played when the bride is seen off from her family house to the house of the bridegroom and her departure is reflected in this dance

-Lezginka (Azerbaijani: Ləzgi) is a national dance of Lezghins popular among many people in the Caucasus Mountains. It derives its names from the Lezgin people; Azerbaijanis have their own versions.

-Innabi (Azerbaijani: İnnabı – meaning name of a fruit) is a girl’s dance and performed by one or two girls. The dancers show a woman’s airs and graces as well as coquetry.

-Ceyrani or Ceyran bala (Azerbaijani: ceyran – meaning Gazelle, an Azeri given name for girls) is an old and delicate dance. This dance shows the gazelle’s gracefulness and elegance. It is performed by men and women and others. 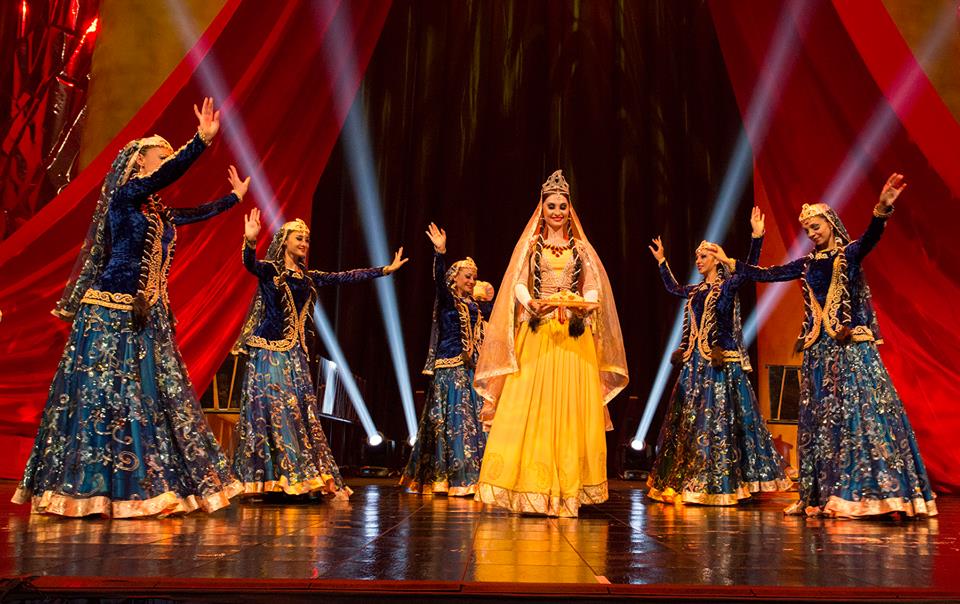 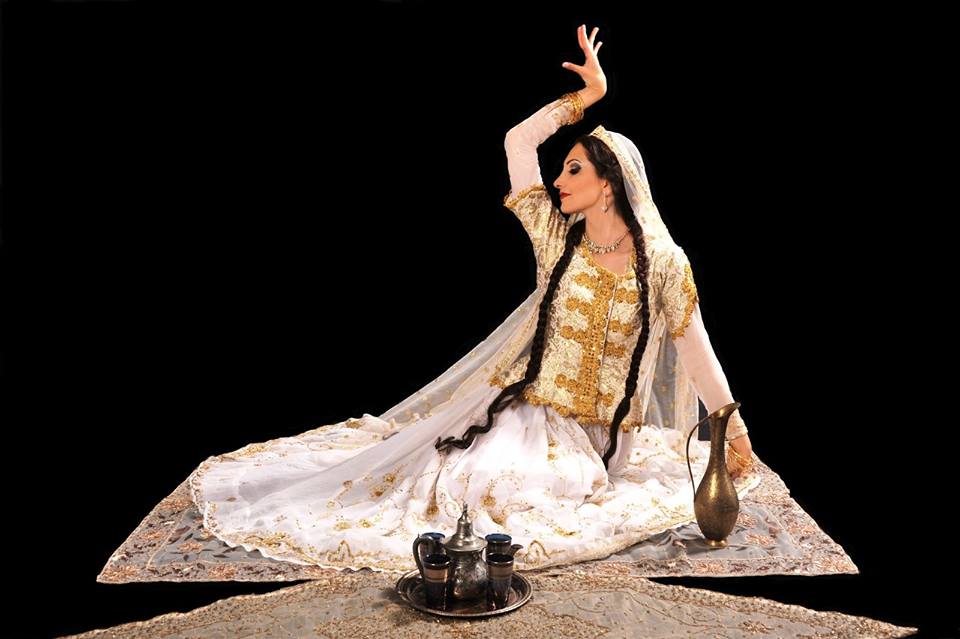 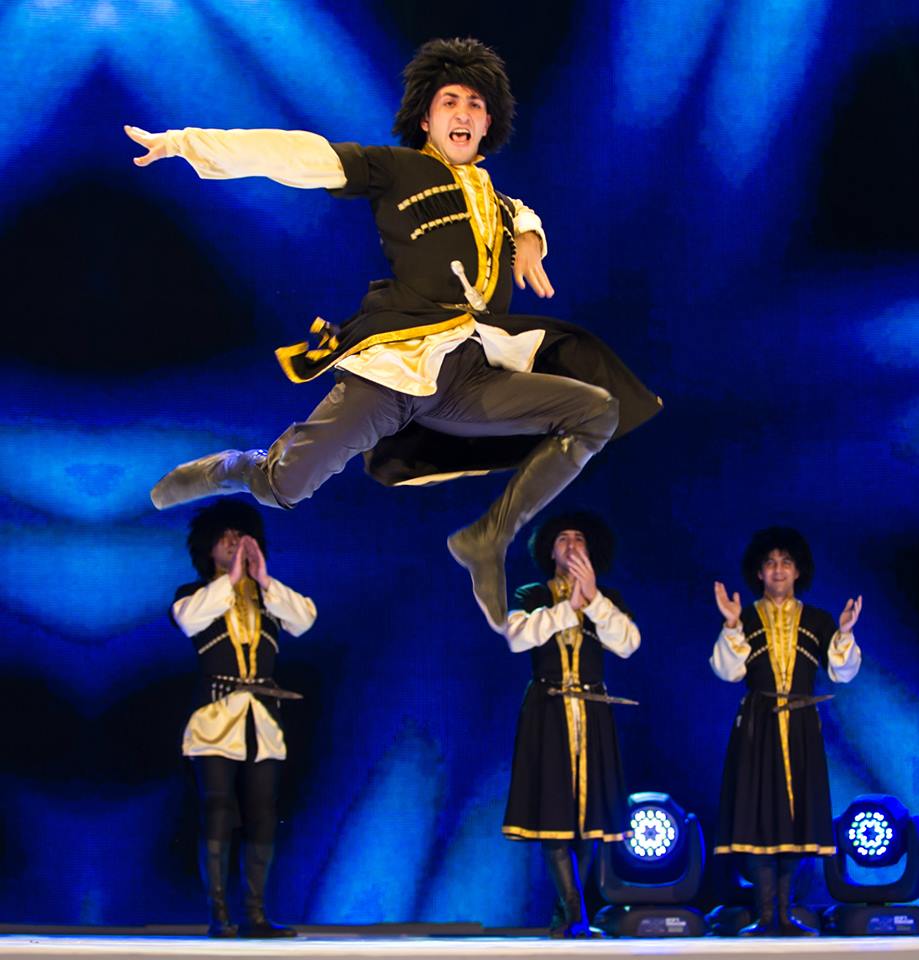 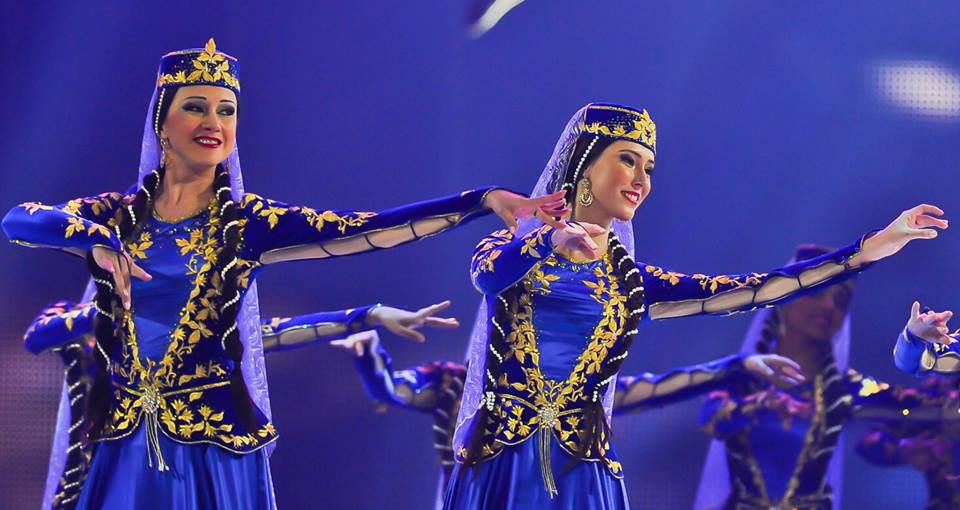 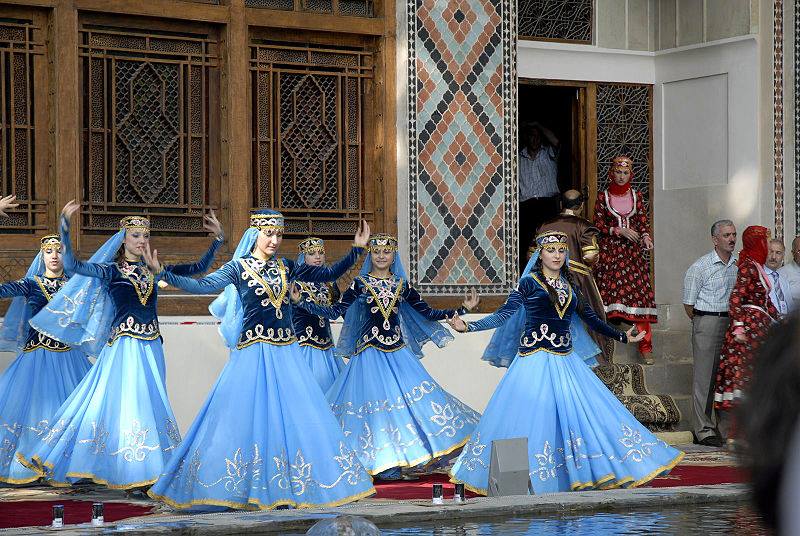 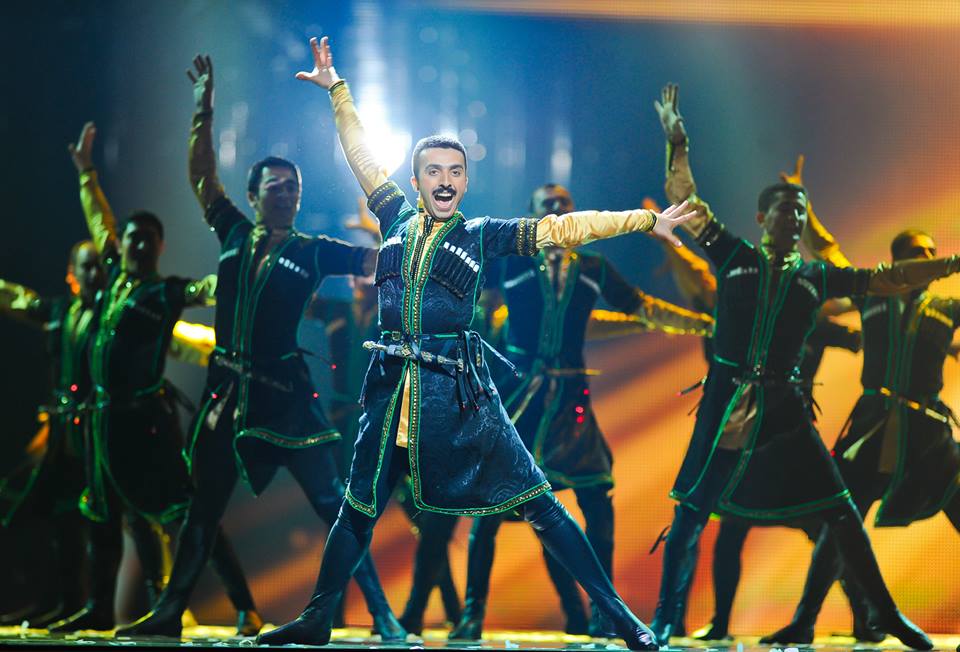 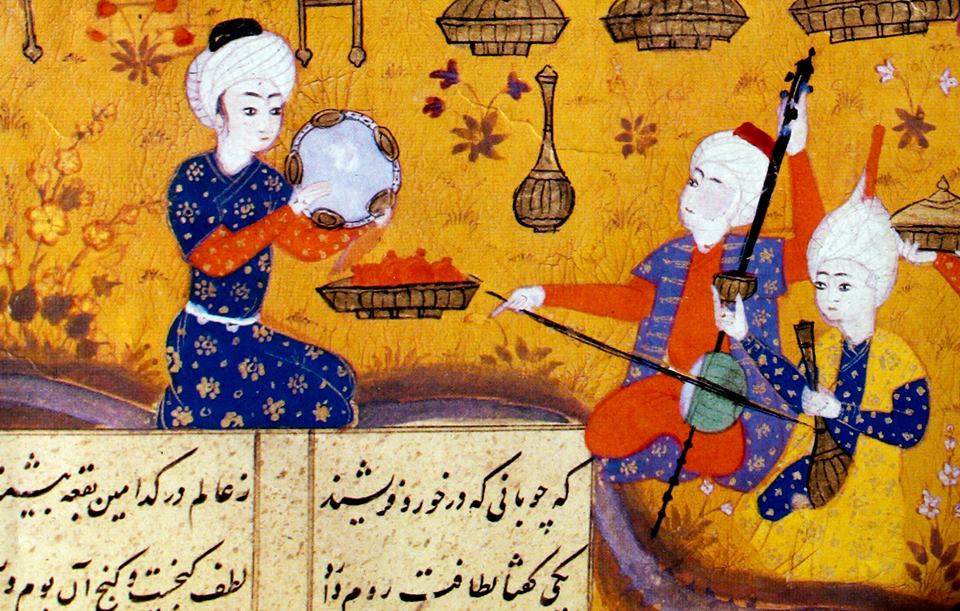 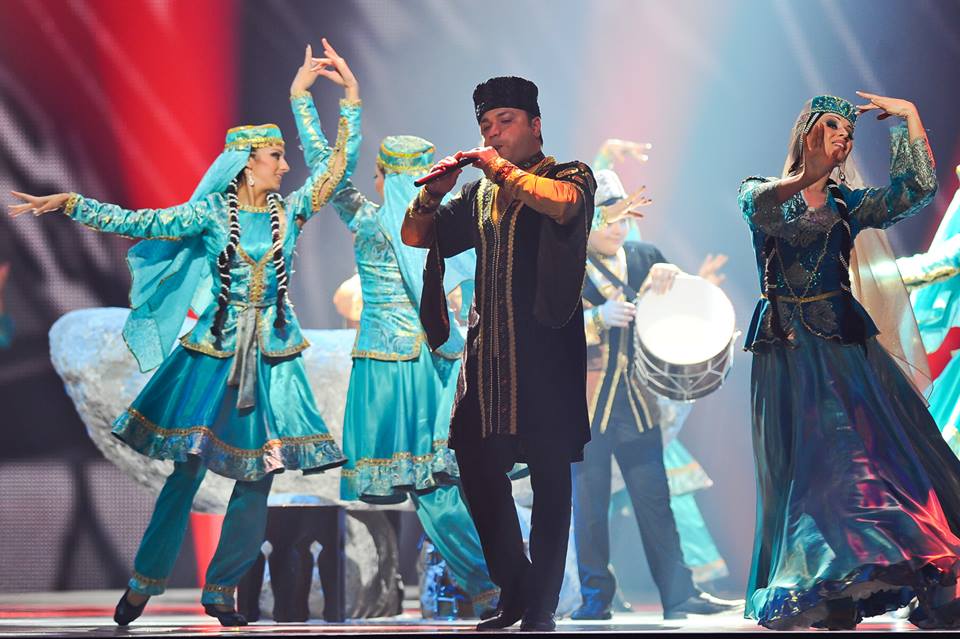 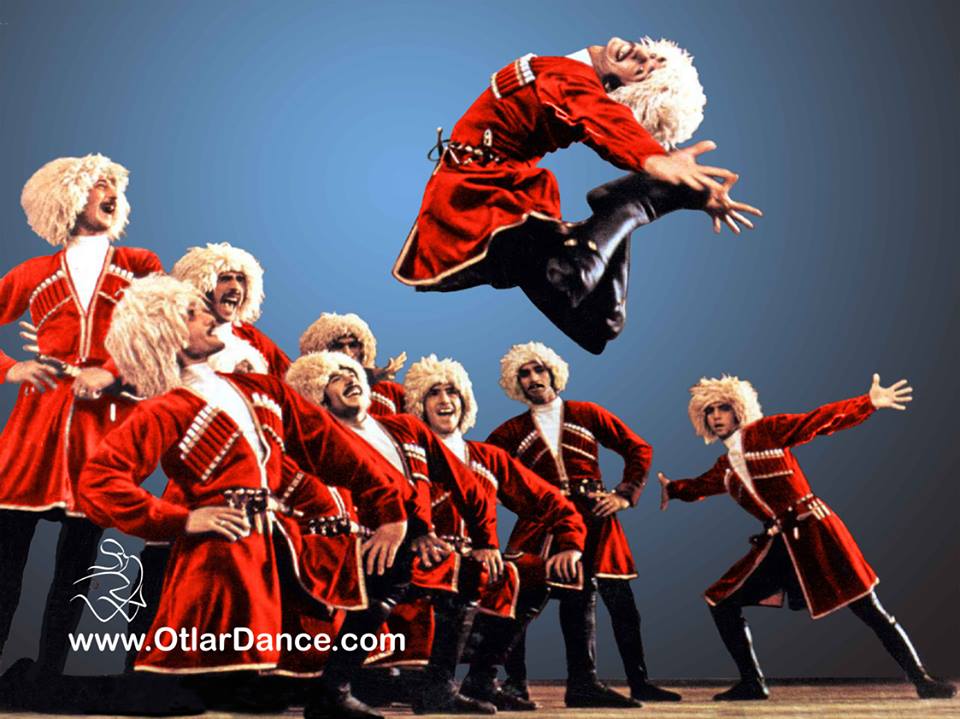 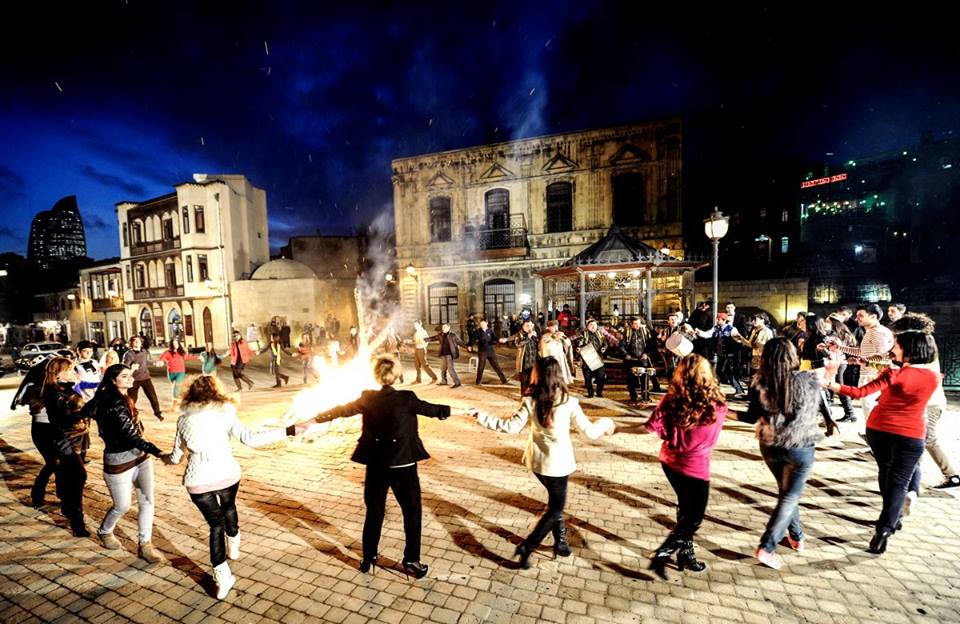 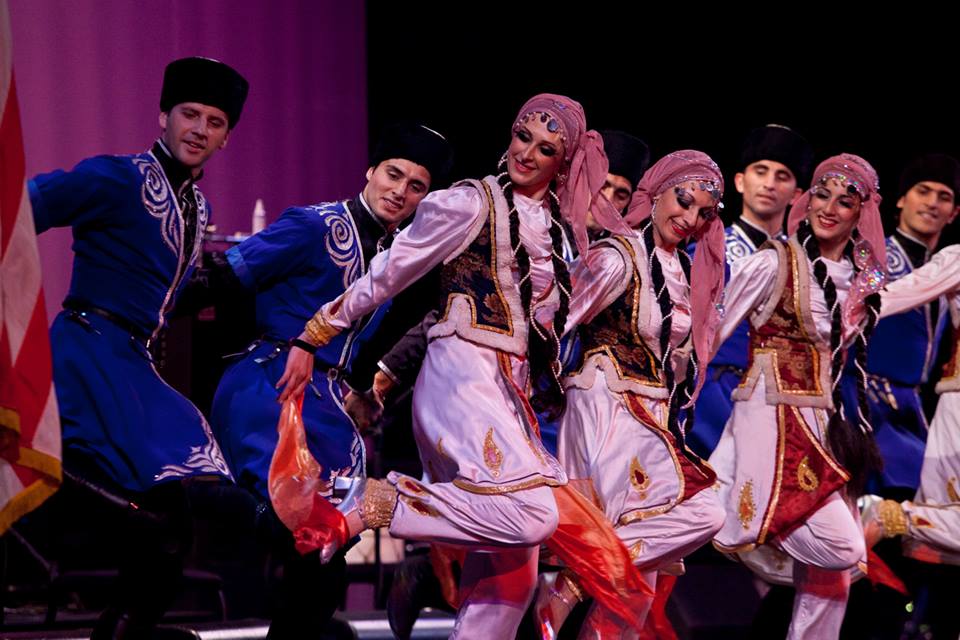