Azerbaijanis and police clash in Urmia 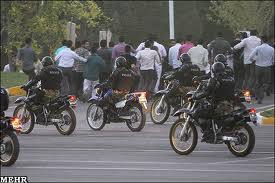 Clashes occurred between the police and local residents in the city of Urmia, the capital of West Azerbaijan province of Iran on June 18, APA reports quoting “Oyannews”.

, as Iran’s National Football Team qualified for the 2014 World Cup in Brazil.

Furthermore, free distribution of the Iranian flags in various squares of the city caused anger of the local residents. Following this, the Azerbaijani Turks started chanting slogans in the streets, especially in Khayyam Avenue.

Iranian police and plain-clothes officers were involved in the incident, and a strong clash occurred between the two sides. There is no information about the injured or arrests yet.

However, the photos and video of the Azerbaijanis participating in the protests have been reportedly taken. Iranian police didn’t prevent the rejoicing crowd and even defended them