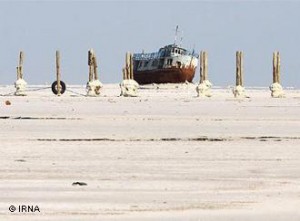 OyanNews: Member of Iranian Parliament: “34% of factories dealing with agricultural industry around the basin were closed due to environmental disaster in the lake”

He said that 34% of factories dealing with agricultural industry around the basin were closed due to environmental disaster in the lake: “The reason for the closure of these factories is drying up of water wells around Lake Urmia. As it led to the destruction of agriculture in the region, factories had to suspend their operations. The factories were closed only in the West Azerbaijan Province of Iran. Socio-economic, industrial and cultural problems will arise in the region as a result of Lake Urmia’s drying up.”

Gazipur said that Iranian government didn’t take the necessary step to eliminate the environmental disaster in Lake Urmia: “The government should assume that the drying of this lake will impede thousands of economic and business opportunities. The country’s parliament has passed laws to save Lake Urmia. However, the government is not interested in implementing these laws and preventing drying of the lake.”