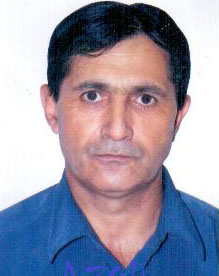 OyanNews: Dr. Assadollah Assadi M.D., 51 and a resident of Tabriz, is a general practitioner and a Ministry of Education retiree. He was arrested and transferred to an undisclosed location by the Intelligence Bureau of Tabriz on July 14, 2010, on his way to his office. His family had no news on his whereabouts or fate for several weeks.

Dr. Assadi spent 9 months in detention in Tabriz Intelligence Office, of which three months were spent in solitary confinement and another 6 months in the general ward.

He was then transferred to Tehran for completion of interrogation, and spent 4 months in solitary confinement of section 209 and 240 of Evin Prison (both run by the Intelligence Ministry) in horrific conditions. He was subject to sever physical and psychological torture, including having the shirt he was wearing being ironed while it was still on his body followed immediately by pouring of cold water, and repetition of this torture several times, being hanged from hands for long period of time, mock execution, beatings, sleep deprivation for long hours.

Following the 180 interrogation sessions, he suffers from severe renal problems as a result of boot kicks to his head and stomach, he has lost most of his sight due to being held in dark cells for long periods of time

, and continuing beating has resulted in blood in his urine.

After enduring 9 months in security wards and suffering severe torture, he was forced to accept the [false] allegations, and made self-incriminating confessions. The charge against him was announced as “Ties with Hostile Governments”.

He was tried in section 15 of Revolutionary Court presided by Judge Salavati, was convicted, and sentenced to 10 and half years in prison on the charges of “Collaboration with Hostile Government” and apparently, “Membership in Muslim People (Khalgh-e Mosalman) party”. His sentence was reduced to 5 years on the appeal.

Following his prison sentence, people of Azerbaijan, especially from 80 of those residing in areas and villages affected by the earthquake signed a petition in which they protested the sentence and requestied his release citing humanitarian and philanthropist services of Dr. Assadi. As a result, his sentence was reduced to 3 and a half years in prison.

Now that three years have passed since imprisonment of this lesser-known prisoner of conscience, and despite suffering from serious physical and psychological health problems including nervous, cardiac, digestive, oral, sight, and neck arthritis, and despite formal registration of request for a medical furlough in Evin Prison’s clinic, Tehran Prosecutor has rejected the request for medical and treatment furlough tied to his release.