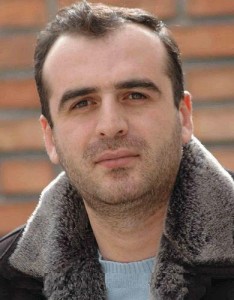 Oyannews: Saeed Matinpour, a philosophy major at Tehran University is a civil activist involved in Azerbaijan ethnic rights, and journalist who wrote in Zanjan Newspaper.

He was arrested on May 25

, 2007 and subjected to harsh interrogations while held in solitary confinement for nine months, leading to back and neck problems. He was handed an 8-year prison sentence by Branch 15 of the Revolutionary Court presided by Judge Salavati on the charges of “connection with foreign entities,” and “propaganda against the regime.”

Even though Matinpour has spent more than half of his prison term behind bars in Evin prison, he has been barred from his legal right to furlough despite many requests on the part of his family. He is now serving his prison term in Ward 350 of Evin prison.