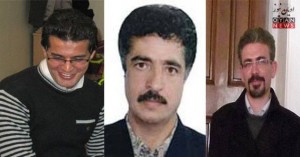 Also, previously the reconsideration requests of some sentenced activists which were related to the case known as “ Qum Tapa case” has been rejected.

Some of this case’s sentenced activists in the final phase, protested  based on the right of objection to the primitive and reconsideration courts’ verdicts.

It should be noted that these Azerbaijan’s civil rights activists gathered on August 24, 2011 in “Qum Tapa” quarter, discussing the protests on  drying up of the “Lake Urmia” .

Security forces arrested them by surrounding the area

, and then the first branch of Tabriz Revolutionary Court charged them to conspiring against the national security, and finally sentenced each of them for over a year of jail.