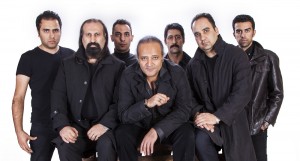 Oyannews: Iran will be represented by Barış Grubu on their debut at this years Turkvizyon Song Contest.

Barış Grubu which translates as “Peace Group” will be performing instead of the previously mentioned Mesud Banş.

The song that the band will sing in Kazan has not been announced.

Iran along with Russia and Germany are debuting at this years contest which takes place next month in Kazan, Tatarstan.