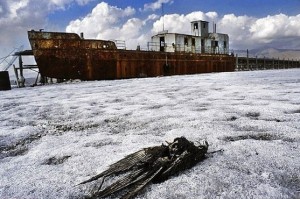 Darvish said that Binab, Maragha and Ajab Shir cities can be subjected to salt winds due to winds blowing from the east to the west: “These salt winds will damage sown areas, at the same time cane pose a threat to the health of local residents.”