We condemn occupation of Azerbaijan’s territories by Armenia - Mottaki 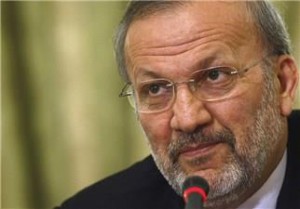 Oyannews: “The Azerbaijani region in Iran has been subjected more to discrimination both from social and economic point of view”.

APA reports quoting “Oyannews” that Mottaki responded to the local residents’ questions about articles #15 and 19 of the Iranian Constitution and the Nagorno Karabakh conflict.

The presidential candidate said that Iran is a multinational country: “Every country has its unique language and culture. Unfortunately, nothing has been done on article # 15 of the Iranian Constitution and these nations have never been taken seriously.”

In his response to the question on article #19 of the Constitution Mottaki said: “The Azerbaijani region has been subjected more to discrimination both from social and economic point of view. However, much attention should be paid to this issue in the future.”

“We are against all kind of aggression. The Azerbaijani people should solve this conflict. Camps were set in Ardabil for the Azerbaijanis, who sought asylum in Iran during Karabakh war. We condemn the occupation of 20 percent of Azerbaijan’s territories by Armenia. More than 1200 Azerbaijanis were killed, one million displaced as a result of the occupation. Iran has joined UN Security Council’s resolutions condemning Armenia’s aggression against Azerbaijan,” he said.